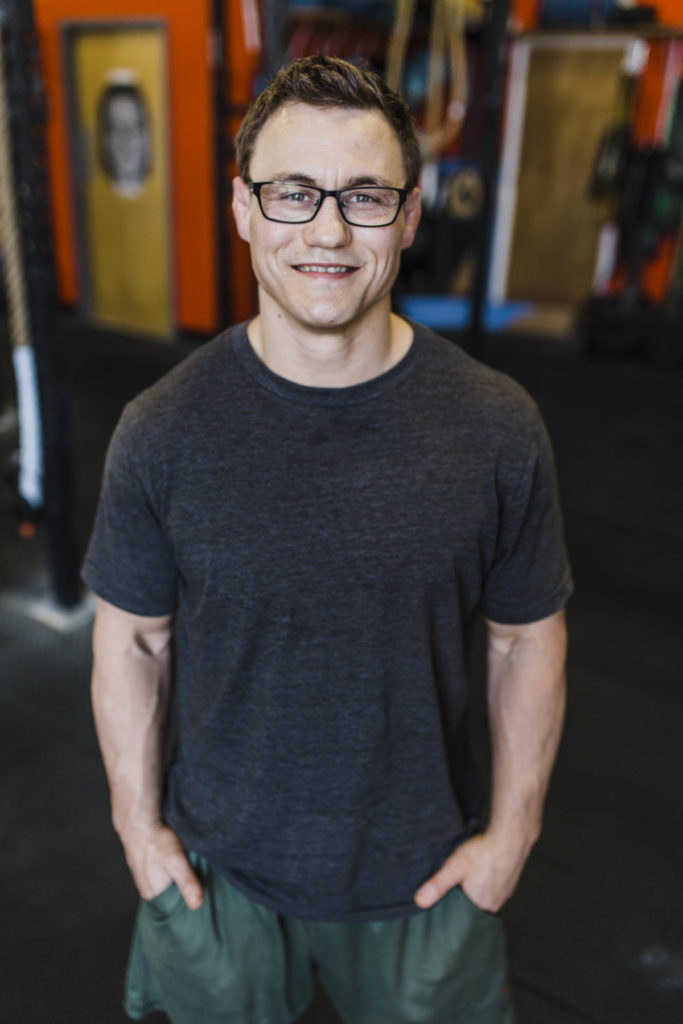 Bryce Teager has been involved in the area of strength and conditioning since 2002. He graduated from Wayne State College with bachelor’s degree in Exercise Science and an endorsement in coaching. At Wayne State, Bryce was a 4-year starting running back and also participated in indoor track.

Bryce took a break from competing in CrossFit to focus on his mixed martial arts (MMA) career in which he became the Midwest Cage Championship lightweight champion. Bryce used CrossFit workouts to supplement his training as a mixed martial artist.

In 2012 Bryce starting coaching at CrossFit Omaha and competed on CFO’s regional team in 2013. As a coach, Bryce realized that CrossFit was having a very positive impact on everyone who participated in it. Not only were the members benefiting physically, but many of them were also significantly improving mentally and emotionally. According to Bryce, “There is just something about pushing yourself to the limit, hitting PR’s, improving the way you move, and becoming more athletic that can really increase a person’s confidence and just make them feel better about life in general.” The improvements he saw in the members fueled his passion to help people become the fittest, healthiest, and best person they could be.

Bryce is also a firefighter for the Papillion Fire Department. He is a father to 4 children (Zoe, Brock, Maddie, and Ava) and a husband to CFP head coach, Katelyn Teager. In addition to his passion for CrossFit, he is always trying to educate himself about other areas of health including nutrition, stress management, sleep, recovery, and using herbs and food as medicine.